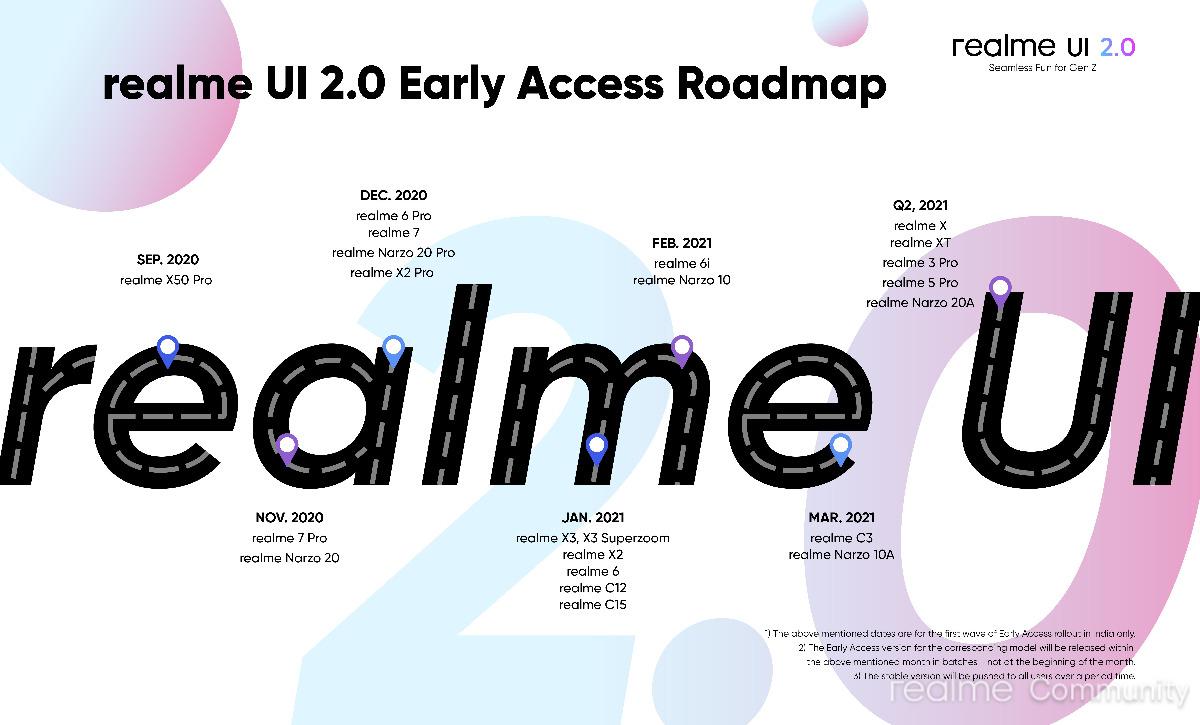 Hope you guys are doing fine. The next version of realme UI is finally here. The realme UI 2.0 based on Android 11 is a whole new take on realme UI with tons of customizations, enhanced security and better productivity.

We are happy to share with you a detailed timeline for realme UI 2.0 release. We are starting with realme X50 Pro in the month of September itself, followed by rest of the realme devices in the coming months.

Please note the timeline shared is for the first wave of early access rollout only. The Early Access version for the corresponding model will be released within the above mentioned month in batches – not at the beginning of the month.The stable version will be pushed to all users over a period of time.

Without saying, we will keep you guys informed about all the early access information and stable release for each device right here on the realme community. Stay tuned.