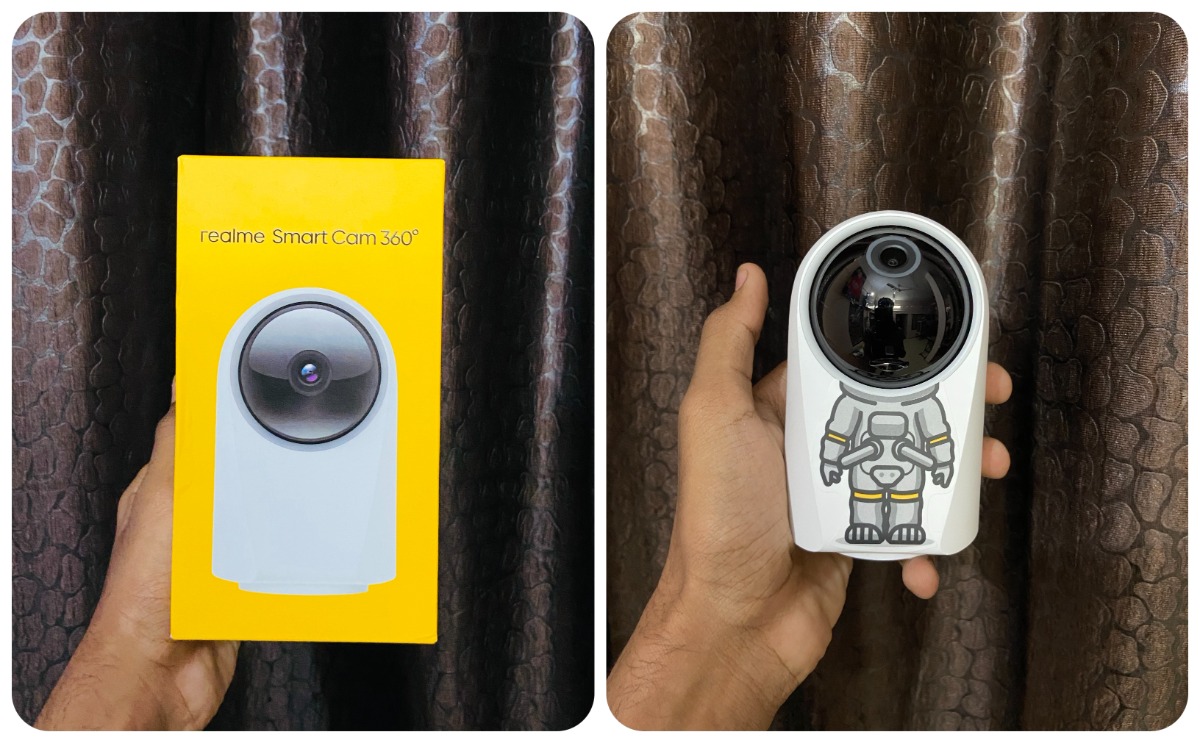 The realme smart Camera 360° has a clean and attractive design, and looks almost like a small toy. The main camera body is a spherical shell with a mechanical gimbal that can achieve 360-degree omnidirectional rotation, eliminating potential blind spots.. There’s also a microSD card slot below the lens. On the back of the spherical body is the speaker grille. The base has a reset button and a Micro-USB port at the back. The realme Smart Cam 360° has a white polycarbonate body that wraps around a black globe which houses the camera. The solid build quality certainly serves as an assurance of longevity. 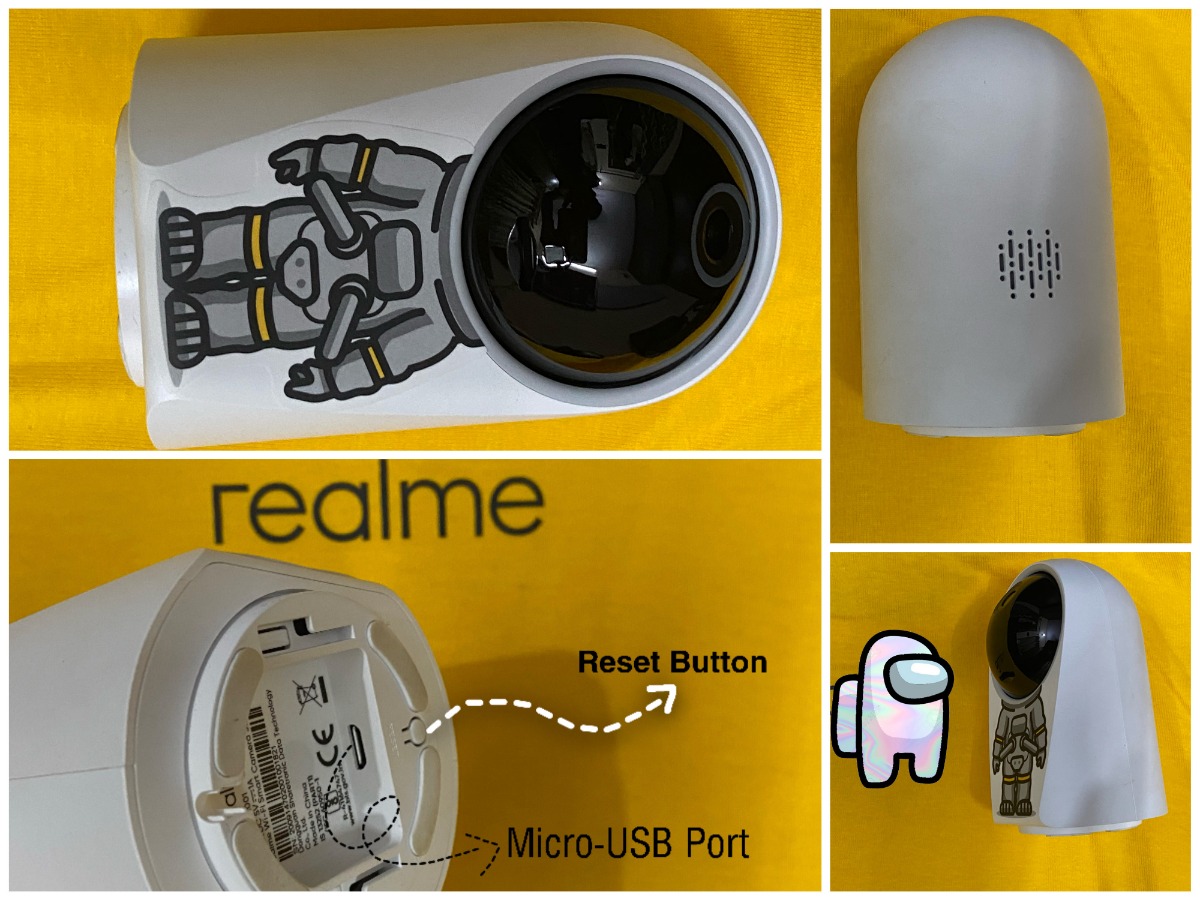 The realme Smart Camera 360° has a flat base with four grips spaced evenly around its circumference. It can be placed on a table and it won’t wobble, and it can also be mounted on the ceiling. Thankfully, realme provides screws and other things for fixing this. Once the security camera has been placed in your desired location, the only thing that remains is getting it connected and ready, which is quite simple. First, connect the camera to a USB power source. You can use the USB cable which and a 5W adapter that come in the retail package. After that it will turn an LED indicator on and the realme Security Camera 360° and will also provide a voice. If still you have any type of confusion that how to connect the smart cam with your device then have a look at this thread: realme Smart Cam 360° : How To Setup (Step by Step Guide) ! 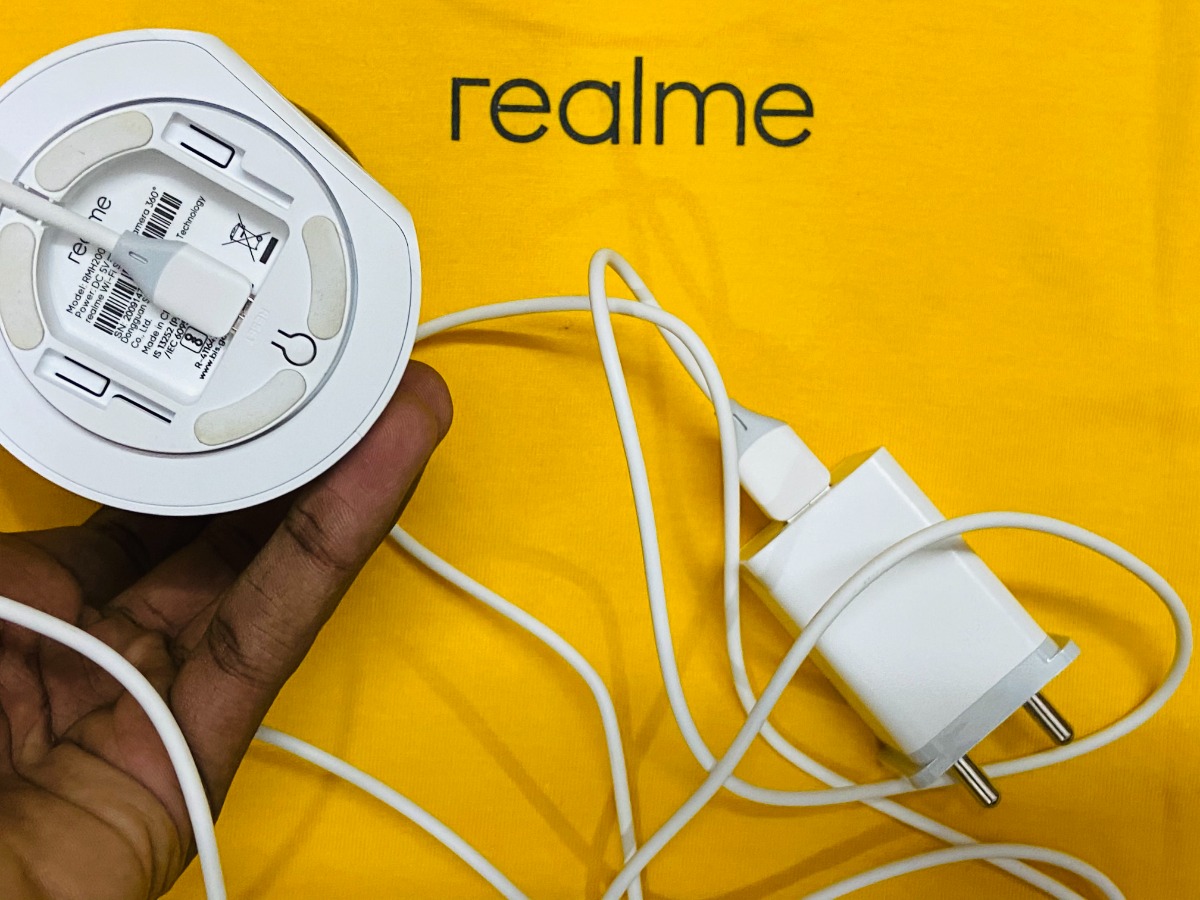 The best feature is that the camera automatically shifts to night vision as and when the lights go out. I am impressed with the nighttime footage from the camera as even in pitch darkness, the camera was able to make out the scene and record it. realme Smart Cam 360° records videos in 1080p FHD resolution. It works with WDR Algorithm. 3D Noise Cancelling is also there in realme Smart Cam 360° which is again a good thing. The quality of the videos it captures is surprisingly good, especially when compared to what similarly priced offerings from other companies deliver. Have a look at a sample in the normal light mode and in the automatic night mode. The biggest strength of the realme Smart Cam 360° is its ability to record videos even in darkness. realme Smart Cam 360° can cover you in every aspect. It records video in Day with natural light. When it comes to night, Don’t worry this smart cam got covers you in night as well with its Infrared Night Vision capability. It has 940nm Infrared illuminator by which it can capture clearer videos in night.