People nowadays are becoming more and more reliant on phones. We may manage not to use a computer for half a day, but even a moment without a phone sends us into a panic. Even though you may use your phone every day, do you know the difference between powering Off/On your phone and rebooting? It may seem like the two are no difference, but in fact, there is a quite a large difference between them, Still confused? Don’t worry, Explanation below! 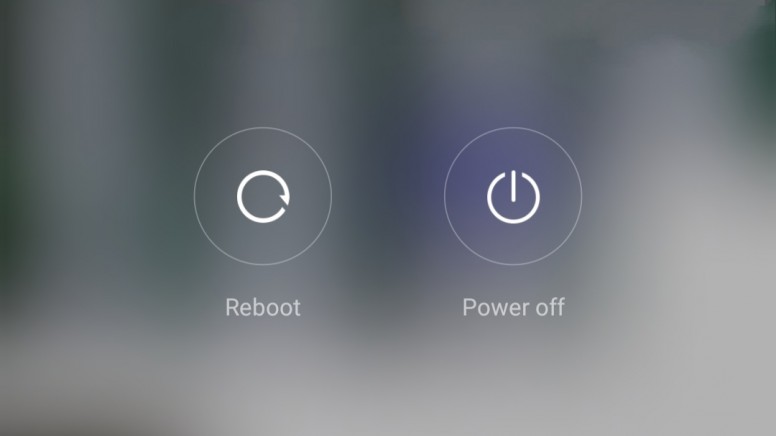 Different speeds:-
Rebooting is much faster than powering off and on again. The main reason is that it simply requires a longer amount of time to turn your phone off and restart it, whereas rebooting skips a lot of steps and it is obviously much faster. In fact, powering off/on your phone operates in the same way as a computer does, in that all hardware states are fully tested during the process of powering off/on. When powering off both the system and hardware are turned off, and upon powering on, all hardware are tested again, making the whole process relatively slow. A reboot is the launch of your phone’s software and does not involve hardware, so the system automatically skips a lot of steps and directly enters the phone’s operating system, meaning the whole process is faster.
Different power consumption:-
When the power shuts down, the system and hardware will all turn off, When the phone is powered on again, all the hardware on the phone will be tested again and the data is reloaded. Moreover, the CPU operates at full speed and power consumption is relatively larger. A reboot is just a restart at the phone’s software level. It will make the system automatically skip some steps and directly enter the operating system interface, therefore, relatively speaking it is more power-saving.

Different data removal process:-
Powering off is a comprehensive test of the system and hardware, and it also involves removing some of the system’s junk data Rebooting the phone does not involve hardware, so some of the data in the system will not be cleared.
Different smoothness:-
Compared to rebooting, powering on/off offers improved smoothness. The main reason for this is that the whole process of powering on and off the phone involves a comprehensive test of the phone, and at the same time, it will clear the key programs and data at a deeper level of the system. Some junk data will also be removed at the same time. When you use the phone again, you can clearly fell that it is much faster than before. Everyday use of the phone results in a large number of &quot;stubborn&quot; apps. Resident memory down phone process, causing the phone itself to become slow. Want to make your phone faster? In this case, it is a good idea to try powering off and on your phone as it will clean up more thoroughly than simply rebooting.
A reboot does not involve the system level, so the key programs and data deep within the system, especially the system junk, still exist when the mobile phone is used again, which will affect the operating speed of the mobile phone to a certain extent.
The above points demonstrate that rebooting your phone consumes less power and is faster while powering off/on will make your phone run faster. But then again, most of the time, the results of the two are the same. It is just that there are some differences in the process between the two options. You can choose to reboot or power off/on according to your own preferences.
It is hoped that the above mentioned main differences between powering off/on and rebooting your phone will be of help to you.